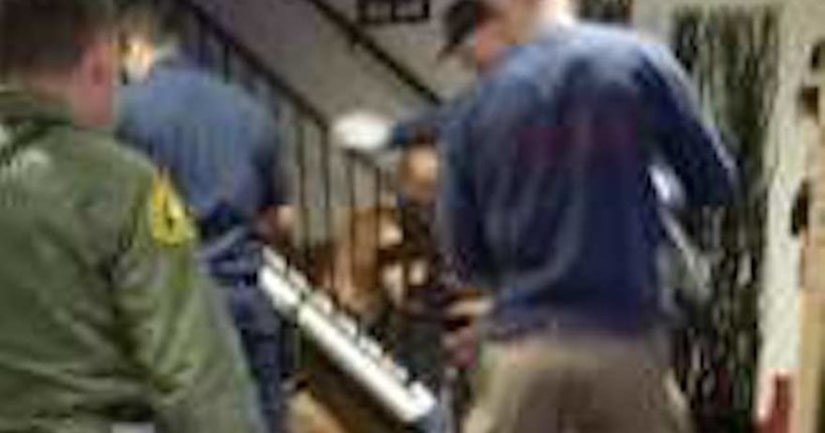 CHINO HILLS, Calif. -- (KTLA) -- An attacker remained at large Thursday after slashing a Chino Hills resident who confronted the machete-wielding man during an auto break-in earlier this week, authorities said.

The bloody incident unfolded shortly after 4 a.m. Tuesday in the 13100 block of Le Parc Boulevard, the San Bernardino Sheriff's Department said in a written statement.

“Deputies were informed by the victim that he heard his car alarm go off (and) went outside as he believed someone was trying to steal his truck when he encountered the suspect,” the statement said.

“A monster with a machete broke into his truck,” the victim's girlfriend, Melanie Williams, posted on Facebook. Her boyfriend shouted to call 911 and rushed outside to see what was happening.

“He hacked into (the victim's) arm then chased him up into the house,” Williams wrote. “Our home looked like a slaughter house afterwards.”

The machete severed a major artery, she said. It took more than six hours of surgery and 13 staples to close the wound.

The injured man has been released from the hospital and is recovering at home, police and Williams said.