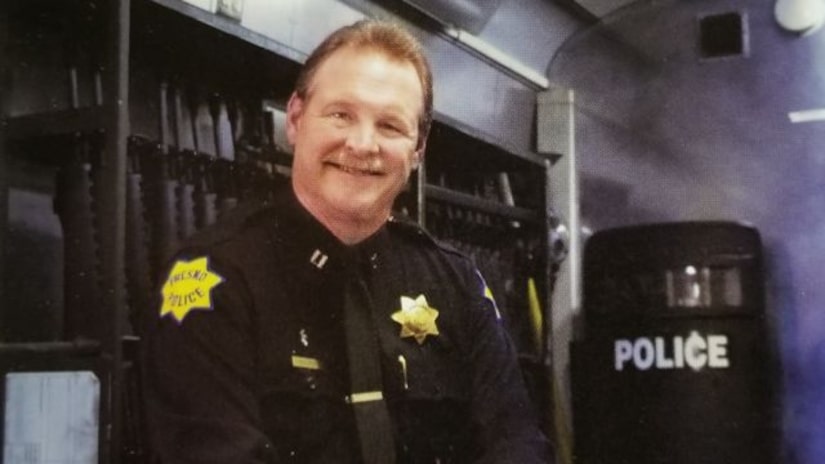 FRESNO, Calif. -- (KTLA/AP) -- A retired Fresno police captain with recent mental health problems was shot and killed by officers after he came at them with a 12-inch knife, authorities said.

A woman called 911 Monday saying she feared a man might try to kill himself at a home in Fresno, said the city's police chief, Jerry Dyer.

When officers arrived they saw blood on the floor and were immediately confronted by a man wielding a blade, Dyer said. When a stun gun proved ineffective at stopping the man, police opened fire, he said.

West had a three-decade career with the Fresno Police Department and also served as police chief in nearby Oakdale, the Fresno Bee reported.

Moments before police arrived, West had cut himself on the side of his neck, according to Dyer.

“It's hard to understand, hard to wrap our arms around right now,” Dyer said. “Unfortunately Marty has been struggling here for the last several months with some mental health issues.”

The family had removed all firearms from the house, Dyer said. West's wife, other family members and even neighbors did the best they could to get help for West, he said.

Police had been to the home before, officials said.

West started as a police cadet at the Fresno department when he was 19 and worked his way up to captain.