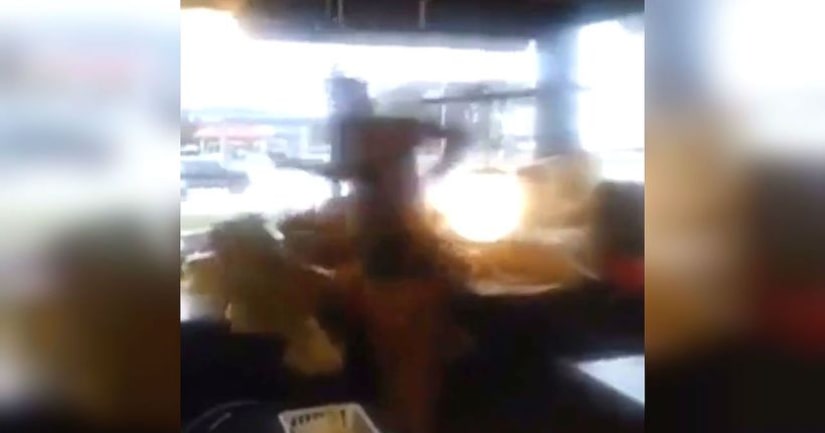 TUSCUMBIA, Ala. -- (WHNT) -- Police say they are looking for a man who fell through the ceiling of a Waffle House restaurant in Tuscumbia Sunday morning.

Video of the incident shows the ceiling of the restaurant bulge outward before giving way and a man falling through. The man then shoves customers as he makes his way toward the door, which is being held by people on the other side.

The video cuts off as the man grabs a chair, hits the door with his shoulder and falls to the floor. Tuscumbia police said the suspect, Wesley Glenn Bost of Birmingham, got away after a brief chase.

Police said they believe Bost was drunk or on drugs, went into the bathroom, took his pants off and then crawled up into the ceiling.

Police said they are getting felony arrest warrants for Bost.