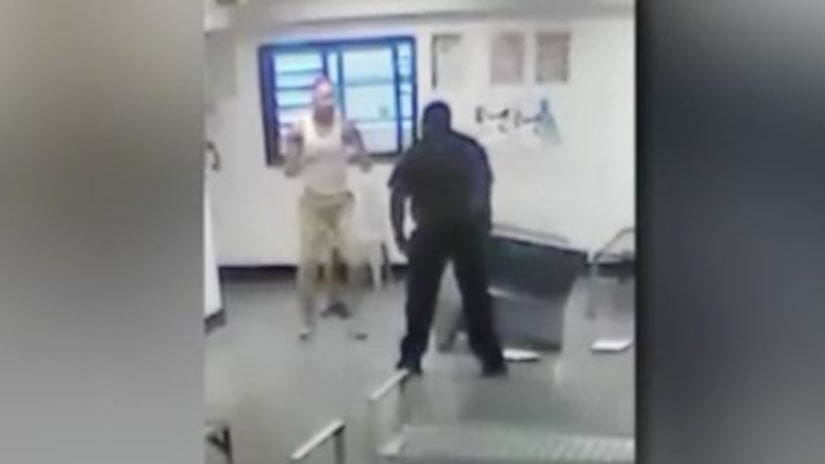 NEW YORK CITY -- (WPIX) -— New video shows a violent dispute between a correction officer and inmate at Rikers Island jail facility for more than a minute without interruption.

The correction officer is pulled to the floor and repeatedly punched in the face in what a jail source told PIX11 is the Robert Davoren complex. Other inmates were in the area but did not get involved.

At one point, a trash can is thrown at the correction officer.

After the fight, the inmate was placed into restrictive housing Department of Correction Press Secretary Jason Kersten said. The officer was not seriously injured.

“This video and others like it are another reminder of why the officer to inmate ratio in the NYC DOC needs to change," Correction Officer Benevolent Association President Elias Husamudeen said.

A Department of Correction spokesperson said there have been more than 5,700 new officers hired since April 2014.