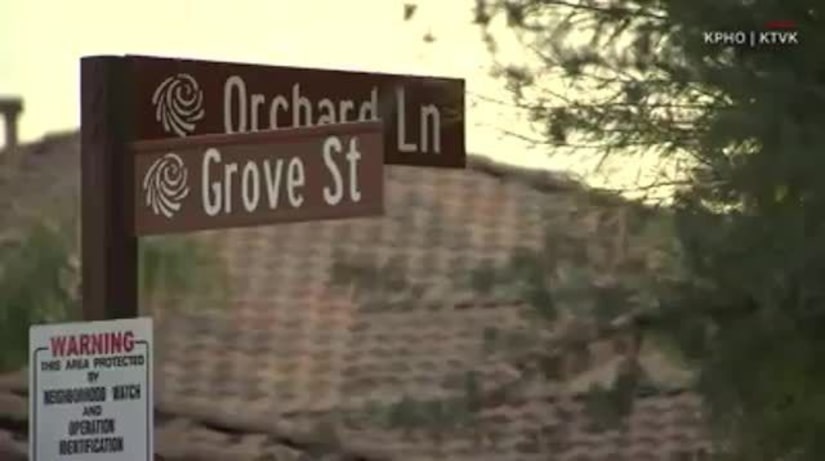 LITCHFIELD PARK, Ariz. -- (KDVR) -- An 11-year-old boy shot and killed his grandmother before turning the gun on himself Saturday, the boy's grandfather told police in Arizona.

The Litchfield Park man told detectives that he and his 65-year-old wife "asked their grandson to clean his room and pick up after himself throughout the day, as he was being stubborn about it," Maricopa County Sheriff's Office spokesman Joaquin Enriquez said in a statement Sunday.

The couple then sat down on their living room couch to watch television, the grandfather told investigators.

"While doing so, the grandson came up behind them and shot (the grandmother) in the back of the head with a handgun which belonged to the grandfather," Enriquez said.

The man told police that he ran after his grandson, but then returned to help his wife. He told detectives he heard another gunshot seconds later and saw his grandson take a few steps before collapsing from a self-inflicted wound.

The grandfather told sheriff's office investigators that he retrieved his gun and then called 911.

He told detectives that he and his wife had full custody of their grandson, the sheriff's office said.

"In the preliminary stages of this investigation there had been no previous signs that the grandson might harm someone or himself and there was no cause for concern prior to this event," Enriquez said. "This is open ongoing investigation."