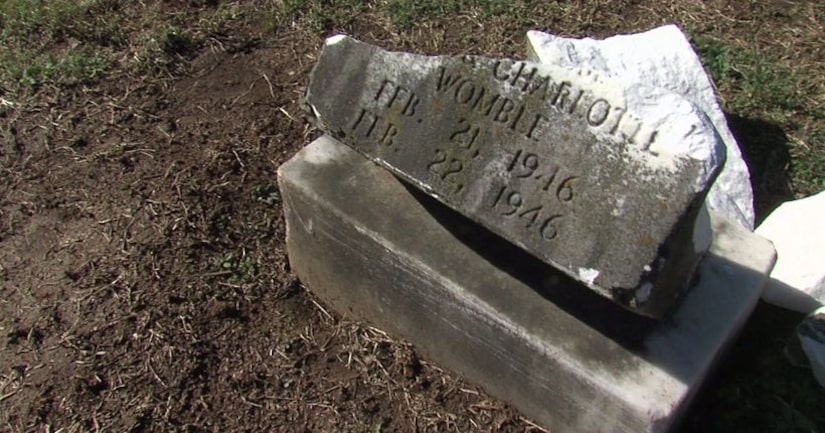 Jacoby Arbogast was arrested last Tuesday for the incident.

Joe Sechrest's family plot was destroyed and he was devastated to hear the news.

"My son hadn't been here in probably 15 years and it just so happened that he came the same day the incident happened,” Sechrest said.

He said a flood of emotions came over him when he found out what happened.

"The fact that my son was even visiting was heartfelt. And that not only my mom and dad are here but my daughter, which is his sister," he said.

Something so meaningful to his family was ruined, but Sechrest said he was glad the driver was OK.

"My daughter was killed in a car wreck so all these emotions were pretty much running rampant," he said.

He's working to put his family's plot back in place. The Oakwood Cemetery is a huge part of their family's legacy and he wants it to remain that way.

His father was a past superintendent of the cemetery and his grandfather a former grounds keeper.

"I came here as a youth quite often," Sechrest said. "This wasn't a playground for me. I treated it with a lot of respect so I'm very familiar with it and I come here quite often."

He hopes that this drunk driving crash will teach everyone to have respect for such a sacred place. The cemetery told us that Arbogast will be responsible for paying the expenses of the wreck.