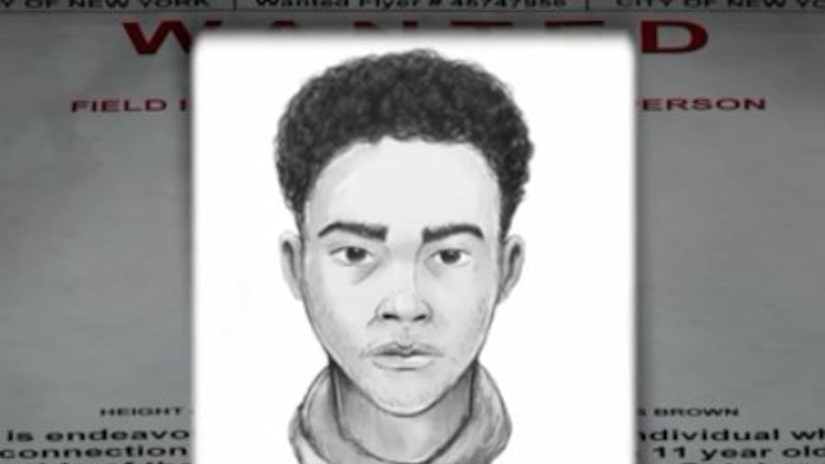 THE BRONX, N.Y. -- (WPIX) -- An 11-year-old girl was raped in the bathroom of a Bronx park and police released a sketch of the alleged attacker.

The girl was raped by a teenage boy on Oct. 14, an NYPD spokesperson said. He'd asked her to come into a public bathroom at Hilton White Park and then attacked her.

The girl went home and told people there what had happened. She was taken to a local hospital for treatment.

The victim knows her attacker "from the neighborhood," but she doesn't know him well at all, an NYPD spokeswoman said.

Police have asked for help finding the alleged rapist. He's about 14-16 years of age and about 5 feet, 4 inches tall. The teenage attacker was last seen wearing a gray hoodie, dark shorts and white sneakers.