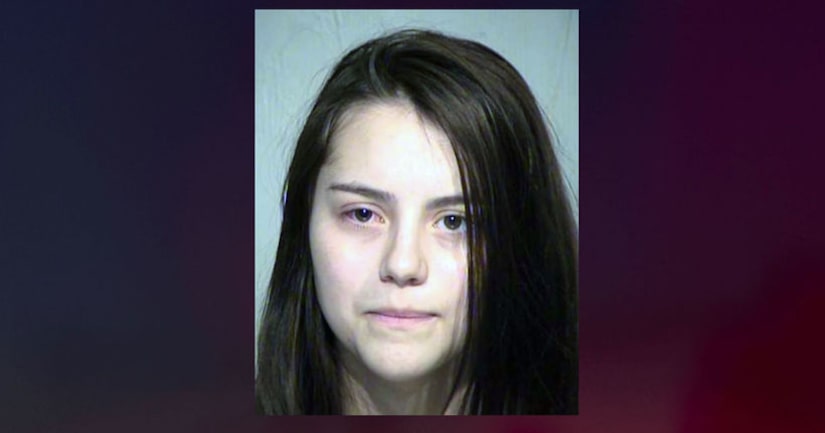 CHANDLER, Ariz. -- (WITI) -- Chandler, Arizona police have released new disturbing details in the death of a 4-week-old baby after his 19-year-old mother was charged with first-degree murder.

According to the police report obtained by AZFamily, while investigators were interviewing the mother, Jenna Folwell, her cell phone was searched with a warrant.

Detectives found searches for “ways to die instantly”, “missing babies cases”, “how long it takes babies to drown” and “reasons parents kill their babies” in her cell phone's search history.

Police say there were over 100 different searches on these types of topics.

Folwell had called police Wednesday afternoon while at Brooks Crossing Park near Alma School and Warner roads claiming that her baby had been kidnapped.

While police talked to Folwell, a search was conducted at her house where she lives with her father. Police said they found a black duffel bag with the dead baby inside.

Police asked Folwell about the searches found on her phone and she admitted to getting into the bathtub with her baby and then letting go of him. She said she chose this way because she “did not want to hear her son cry.”

Folwell told police her son was in the tub for about a minute, then she regretted her decision and got him out of the bathtub and attempted CPR. She said she then put her son in the duffel bag and drove to the park to report the kidnapping.

Folwell is being charged with first-degree murder.

The judge set a $1 million cash-only bond for Folwell.