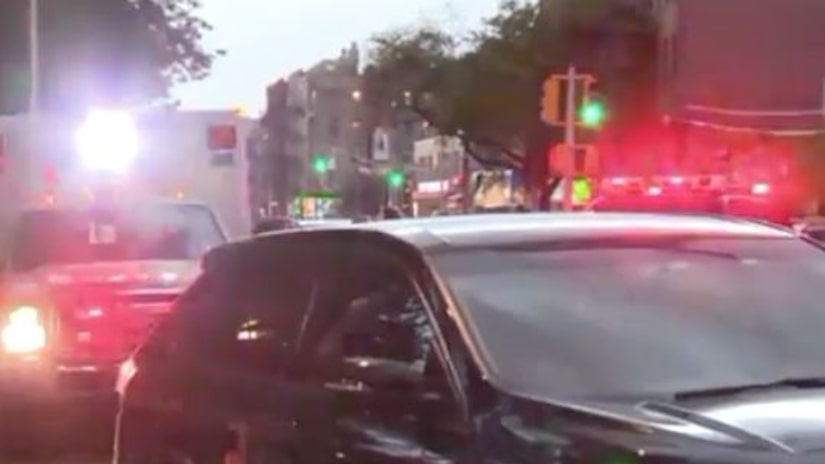 The 911 call reported a shooting in a 6th floor stairwell of a New York City Housing Authority building on Webster Avenue around 4:30 p.m.

Lieutenant Eric Dym, a former member of the Marine Corps and an officer with Special Operations, took off his belt at the scene and used it as a tourniquet for the boy's right arm.

Lieutenant Dym described the boy as calm and "very brave."

The boy had just been picked up from school by his father, NYPD Chief of Housing James Secreto said.

FULL STORY: Father gunned down after picking up 5-year-old son from school in the Bronx; boy shot in the arm - WPIX