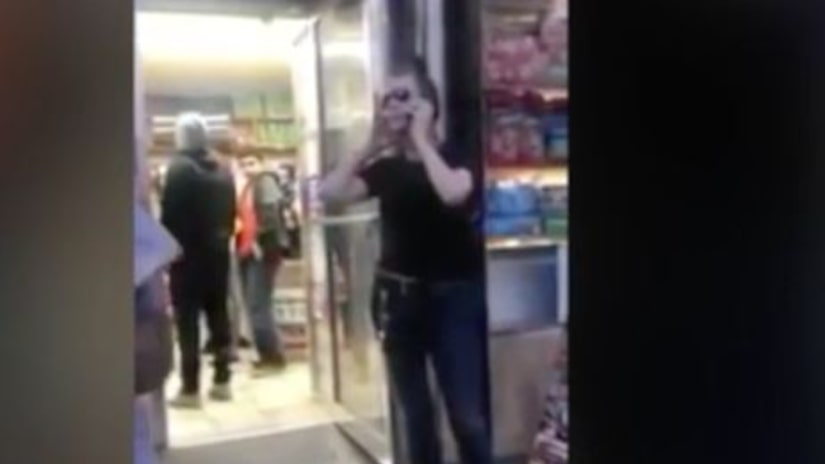 BROOKLYN, N.Y. -- (WPIX) -— A Brooklyn woman is under fire after calling 911 on a young child, claiming he had groped her inside a Brooklyn deli.

The incident has sparked a firestorm on social media because the woman is white and the young child is black.

It all happened Wednesday at the Sahara Deli Market on Albemarle Road in Flatbush.

The woman identified as Teresa Klein was being rung up at the front counter when the child walked by.

According to Klein, the boy “grabbed my ass,” prompting her to call 911.

Video of the exchange outside the deli when Klein confronted the child and his mother was later posted on Facebook.

As the woman proceeds to yell at the family, the children weep and attract a crowd of bystanders shocked at what they are seeing.

Jason LittleJohn took the video and posted it online.