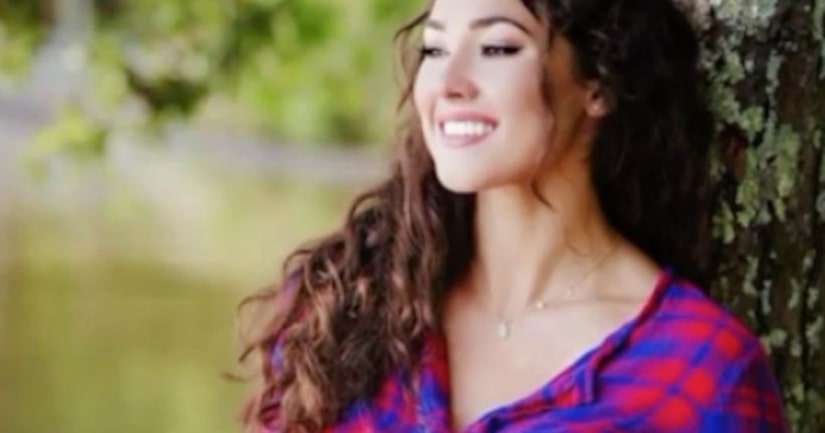 ATLANTA, Ga. -- (KTLA) -- Detectives are searching for answers in the mysterious killing of a woman shot while driving just outside of Atlanta as her family in San Bernardino County continues to mourn, as her sister told KTLA in an interview Sunday.

Police in Georgia continue to search for the killer of Kelsey Quayle — releasing surveillance video on Friday that shows a gas station just seconds before she got into a car crash nearby.

It wasn't until later that doctors at an Atlanta hospital discovered she had been shot in the neck.

When the crash happened last week, Kelsey was a new resident to the state of Georgia, her family said. She had just moved there from Southern California and did modeling, as social media pages show.

About 7 a.m. on Monday, she was driving a white Mazda sedan in the city of Riverdale, just 10 miles south of Atlanta, when she veered into oncoming traffic and slammed into other vehicles.

Video released by police shows her car in the distance as it collides with the others.

Left in critical condition, Kelsey was rushed to medical treatment at Southern Regional Medical Center, according to police. But needing additional treatment, she was later transported to Grady Memorial Hospital in Atlanta.

There, doctors found the gunshot wound to her neck as they worked to save her, police said.

Her family in Yucaipa had to make the difficult decision of taking her off life support.

FULL STORY: Killing of model shot while driving in Atlanta remains a mystery to police and her family - KTLA