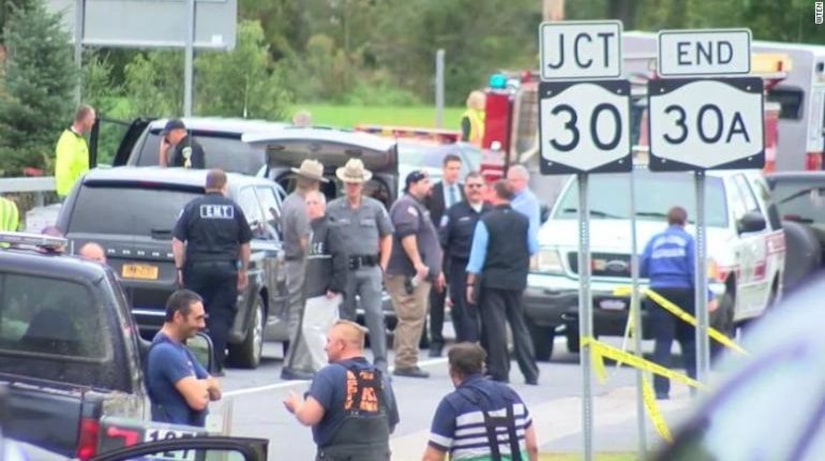 ALBANY, N.Y. —- (WPIX) -- The operator of a limousine company involved in a crash that killed 20 people was arrested Wednesday, state police said. It wasn't immediately clear whether the charges were related to the deadly wreck.

Nauman Hussain was taken into custody following a traffic stop on a highway near Albany, the New York State Police said in a brief news release.

Hussain was the day-to-day operator of Prestige Limousine, and the son of the company's owner.

State police and the National Transportation Safety Board are investigating the cause of the crash, the nation's deadliest transportation accident since an air crash outside Buffalo in February 2009 killed 50 people.

The limousine ran off the road Saturday at the bottom of a long hill in Schoharie, 25 miles west of Albany. The crash killed two pedestrians and all 18 people in the limo celebrating a woman's birthday.