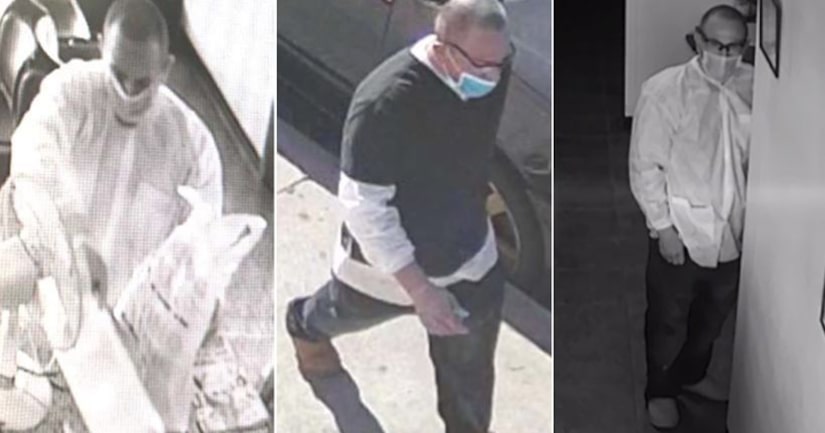 VAN NUYS, Calif. -- (KTLA) -- Police released surveillance video on Tuesday showing the suspect in a violent, takeover-style robbery at a dental office in Van Nuys in hopes that the public can help identify the man.

The man was partially dressed in scrubs when he entered the office, in the area of Van Nuys Boulevard and Sherman Way, through an unlocked door around 7:30 a.m. on Aug. 30, Los Angeles police said in a news release.

The practice hadn't yet opened for the day, and the suspect donned dental garb — including a lab coat, surgical mask, protective eyewear and latex gloves — before he started taking property, investigators said.

The office manager came through the front door while the man was rifling through their things, and the suspect confronted him. The man forced the employee into an office at the business' rear, where he stole his personal belongings, police said.

The manager stayed in the room while the suspect continued removing the business' things, officials said.

The suspect apparently wasn't noticed by the dentist, who came in through the front door and headed into the dental examination room.