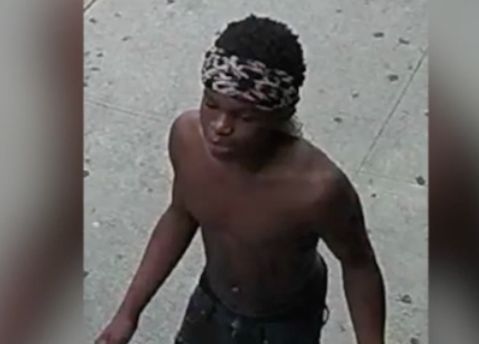 WPIX
WPIX - "Nathaniel is described to be approximately 5-feet 6-inches tall and about 115 pounds. He was last seen wearing ripped jeans and a bandana."

BROOKLYN, N.Y. -- (WPIX) -- Police have released a photo of a 14-year-old boy wanted in connection to the shooting death of a 16-year-old teen at a Brooklyn basketball court last month.

Oyebola was shot in the head and killed while playing basketball with his friends at Chester Playground on Sept. 21.

Police said Oyebola appears to have been an innocent bystander, shot in the midst of a fight.

His family says he was playing basketball with friends after school, passing time until a church prayer meeting.

“Church started at 7 p.m.,” said Emmanuel Fatukasi. “He finished school at 1:30. He just wanted to do something within the gap.”

Oyebola lived in Queens with his family. He migrated to the U.S. from Nigeria in 2013.