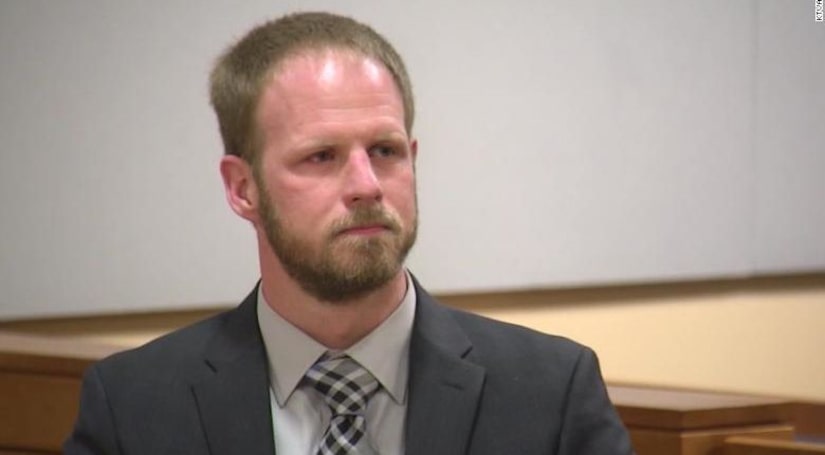 ANCHORAGE, Alaska -- (KCPQ) -- A man in Anchorage, Alaska, pleaded guilty to assaulting a woman who said he strangled her unconscious and sexually assaulted her. The man then walked out of court with no prison sentence.

“But I would like the gentleman to be on notice that this is his one pass,” prosecutor Andrew Grannik said in court Wednesday, CNN affiliate KTVA reported. “It's not really a pass, but given the conduct, one might consider that it is.”

Grannik said Schneider had lost his job as an air traffic controller for the federal government as a result of the case. Grannik said that was a “life sentence."

Schneider was charged with four felonies, including kidnapping and assault. He pleaded guilty to a single felony assault charge in the second degree in exchange for a sentence of two years with one suspended, plus three years probation. Schneider received credit for time served while wearing an ankle monitor and living with his wife and two children.

Judge Michael Corey accepted the deal, noting the outcome of the case could be described as “breathtaking.” He said his decision was based on the prospect of rehabilitation. He also told Schneider, “This can never happen again.”