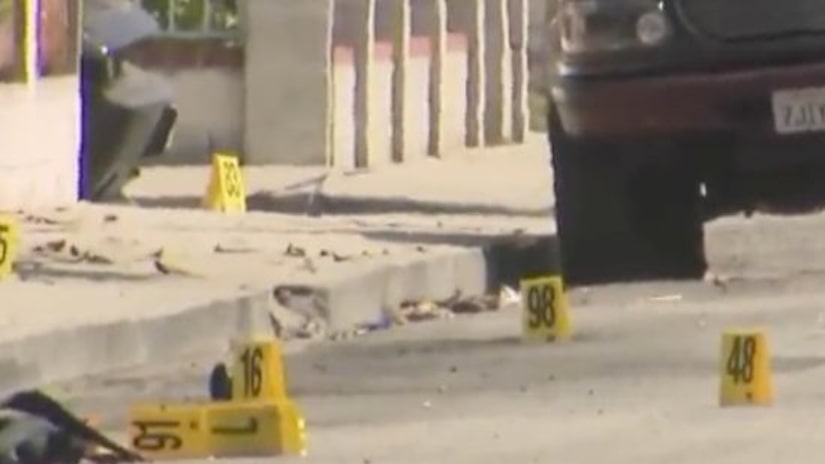 LOS ANGELES -- (KTLA) -- Two robbery suspects were taken into custody, including one who was hit by gunfire, after a deputy-involved shooting in Compton Monday morning, the Los Angeles County Sheriff's Department said.

The incident began with a report of a robbery at a convenience store in the area of Rosecrans and Wilmington avenues, according to authorities.

Two detectives who were in an unmarked car in the area heard the robbery call and responded, sheriff's Lt. Rodney Moore said.

The detectives located the suspect vehicle as it left the location, began following it and requested backup, he said.

Then, shortly before 9:30 a.m., the suspects stopped their vehicle in the 700 block of West Spruce Street, prompting the detectives to do the same with their car, according to the Sheriff's Department.