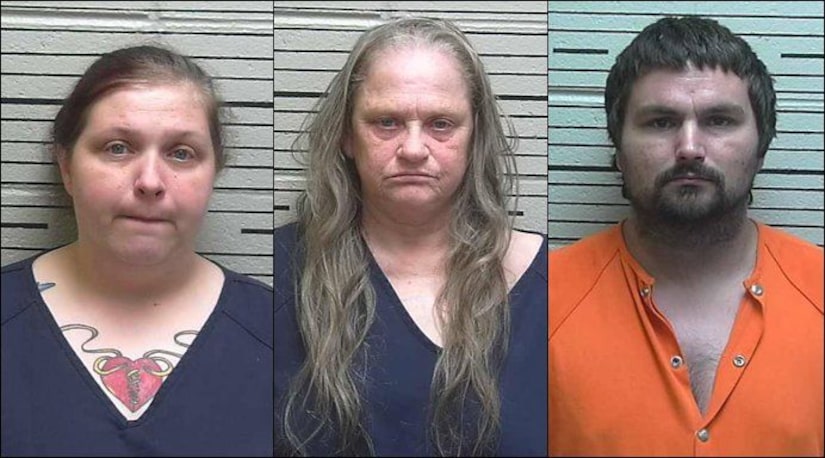 PRATTVILLE, Ala. -- (WGNO) -- An anonymous 911 call led Alabama investigators to a disturbing case of child abuse Thursday, according to the Autauga County Sheriff's Office.

Deputies responded to a Prattville home to investigate the caller's claim that a child was being abused, and found a 13-year-old boy naked with chains “padlocked” to his ankles.

“The chains were attached to a door preventing the juvenile from normal movement,” the sheriff's office said in a news release. “Subsequent investigation revealed that the juvenile had been restrained by this method over a long period of time.”

The boy's mother, 32-year-old Danielle Nicole Martin; stepfather, 26-year-old Joshua Daniel Martin; and grandmother, 58-year-old Vickie Seale Higginbotham; allegedly forced the child to sleep in a dog crate at night, according to the Montgomery Advertiser. All three were arrested and charged with aggravated child abuse.

The 13-year-old and two other children found in the home, a 12-year-old girl and a 5-year-old boy, are now in the custody of the Department of Human Resources. The three suspects were held at the Autauga Metro Jail on $30,000 cash bond each.