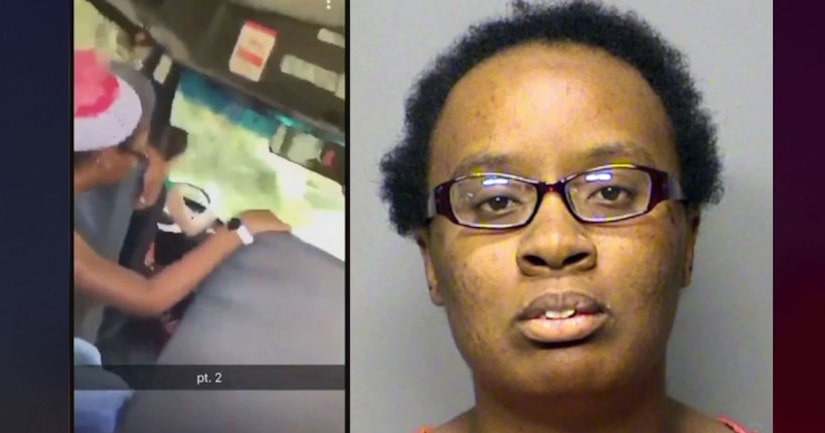 PORTAGE, Ind. -- (WGN) -- A school bus driver was arrested Thursday, accused of letting children as young 11 drive a bus. The Porter County Sheriff's Office said a parent reported Thursday that the children were allowed to drive.

Joandrea McAtee, 27, allegedly let three of her students take turns driving the school bus down a rural road near Valparaiso. The students were 11, 13 and 17. Video shared on social media appears to show McAtee instructing students on how to drive.

No injuries were reported. McAtee was fired by the school's administration and is charged with felony neglect of a child.