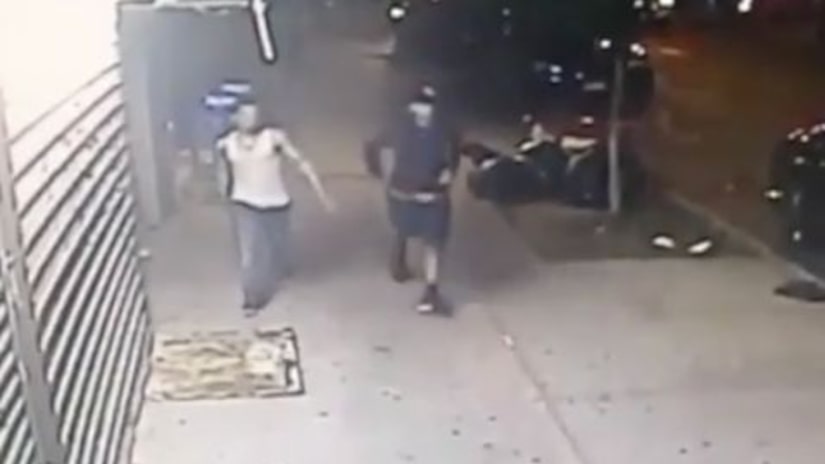 THE BRONX, N.Y. -- (WPIX) -- Surveillance footage obtained by PIX11 News from the night of June 20, 2018 shows a street chase by suspected members of the Trinitarios gang, as they hunted down 15-year-old Lesandro “Junior” Guzman-Feliz.

The tragic teen is seen racing down East 183rd Street toward Bathgate Avenue just after 11:35 p.m., running so fast that he lost his sandals, with multiple men and two cars at his heels.

Two other vehicles come from a different direction — all of them packed with people intent on settling a score. Police said Junior was the wrong target. The teen is seen from several angles pushing open the front door of the Cruz and Chicky bodega, where he jumped behind the counter.

PIX11 reviewed more than a dozen surveillance videos, including a heartbreaking scene that shows the mortally wounded teen, with a lethal stab wound in his neck, walking slowly across Third Avenue at East 183rd Street toward St. Barnabas Hospital.