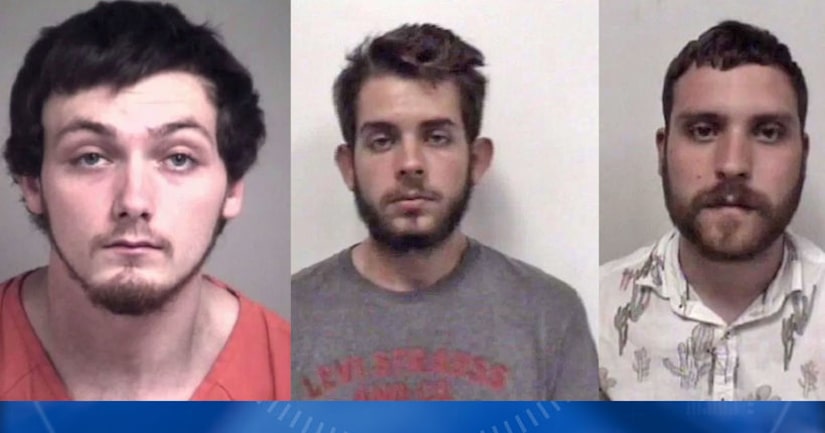 DAVIDSON COUNTY, N.C. -- (WGHP) -- Three men are facing charges after two young children who were supposed to be in their care were found wandering in the street in Davidson County.

The children's uncle, Austin Sloop, was charged with child abuse. Police said they found the men unconscious and noticeably impaired. Sloop, along with Chandler Burgess and Chase Roberts, were all charged with possession of marijuana and paraphernalia.

A teenage boy waiting for the school bus on Tuesday morning found the 1-year-old girl and 4-year-old boy running in the street.

The young man and his mother knocked on doors in the area and called the police, who later found out the kids were staying with their uncle a quarter-mile down the road.