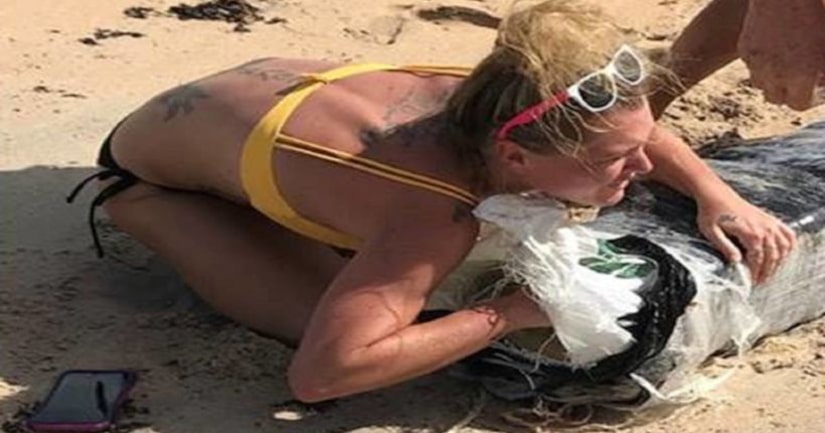 FLAGLER BEACH, Fla. -- (WKMG) -- Deputies in Flagler County are looking for a woman they believe took some marijuana from one of the many packages of narcotics that have washed ashore in the area last week.

A photo released Friday shows a blonde woman wearing a yellow bikini top and black bottoms reaching into a package wrapped in plastic. Flagler County Sheriff Rick Staly said that more than 100 pounds of marijuana were found in Flagler Beach on Wednesday alone as rough surf caused the packages to wash ashore.

On Thursday, even more narcotics were found. While earlier in the week beachgoers immediately reported the findings, in this instance witnesses fought over whether to turn in the drugs or keep some of the stash, according to Staly. Deputies said Thursday a 61-year-old man was arrested on a marijuana charge in connection with the incident but that they were still looking for a couple they believe left the area with a sizable amount of marijuana.

Rough surf in the area means more marijuana could wash ashore in the coming days. Authorities are trying to determine if the packages are connected and from where they came. Anyone who recognizes the woman in the photo is asked to call 386-313-4911 or Crime Stoppers of Northeast Florida at 888-277-TIPS (8477).

FULL STORY: Recognize this woman? Deputies think she might have taken marijuana that washed ashore - WKMG 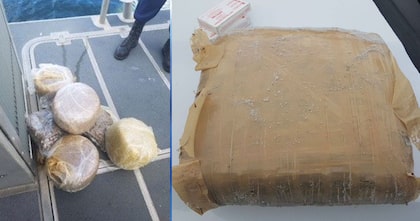