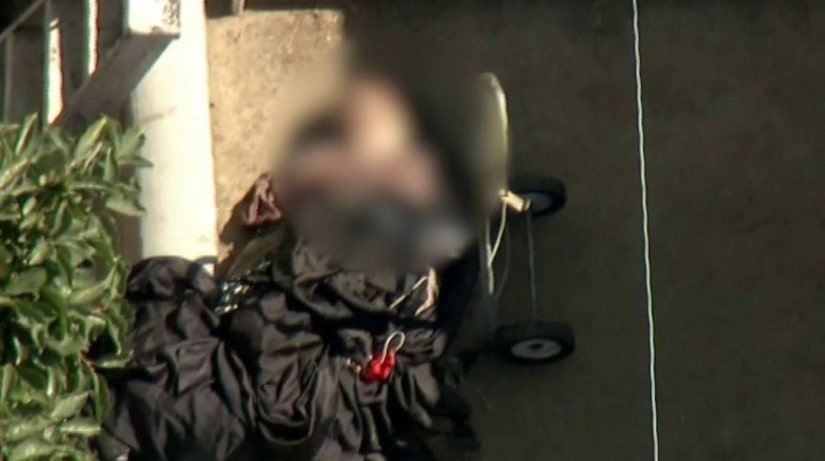 LOS ANGELES -- (KTLA) -- The woman accused of killing a man whose body was found on a dolly not far from a hole that had been dug behind a home in the Harbor Gateway neighborhood was identified by police on Thursday.

Kristen Olson, 39, was arrested on suspicion of murder after homicide investigators responded to the home on the 800 block of 173rd Street Wednesday, Los Angeles Police Officer Jeff Lee confirmed.

Officials said they responded to the home shortly before 10 a.m., and inmate records show Olson was arrested around 5 p.m. She was being held on $2 million bail.

Police said they made the grisly discovery after someone reported that a woman appeared to be disposing a body in the property's backyard.

Aerial video showed the corpse sat near a shed, wrapped in plastic bags and positioned to be transported, not far away from where digging tools were left out near a hole in the ground.