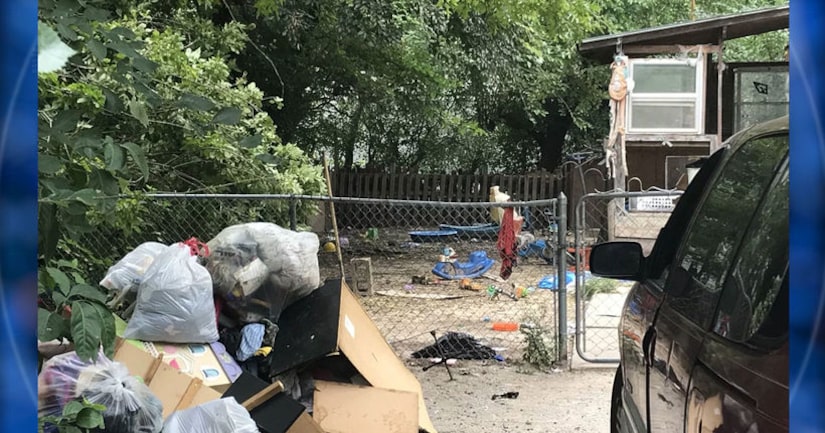 ENID, Okla. -- (KFOR) -- A couple was arrested after investigators say they found their children living in filth. Timothy and Kassandra Harris were arrested for felony child neglect.

Garfield County sheriff's deputies noticed Kassandra Harris at a McDonald's restaurant when she allegedly left two of her small children in a van that was still running. They confronted Harris and found the children were covered in filth and insect bites.

Deputies say in the family's home, where a 2-year-old child and two school-age children live, the carpet was matted with trash, feces and bugs and there was spoiled food sitting around.