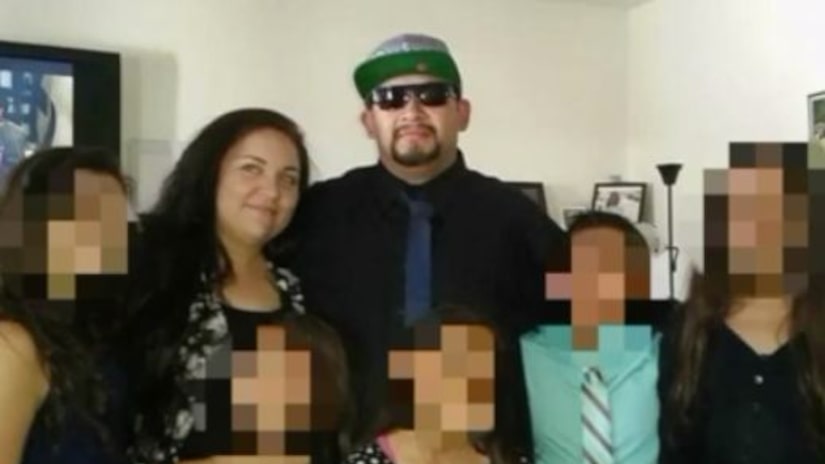 LONG BEACH, Calif. -- (KTLA) -- Family members of a 40-year-old father and husband who police say was hit and killed by a driver with whom he had a brief argument gathered to mourn him Monday near the spot where he died over the weekend.

Herrera was walking home from a market with his 12-year-old daughter when the incident occurred around 11 p.m. As the pair was in a crosswalk at the intersection of Orange Avenue and East Market Street, he got into an altercation with a driver, according to Long Beach police.

"I guess the guy was coming really fast," said Daniel Escobar, the victim's nephew. "Victor was like, 'Hey man, what's going on?' "

The motorist pulled his red sedan into a parking lot across the street and continued to yell at Herrera, surveillance video obtained by police shows.

At that point, Herrera told his daughter to run home and get him help. Another surveillance video shows several family members running around the block to the scene.