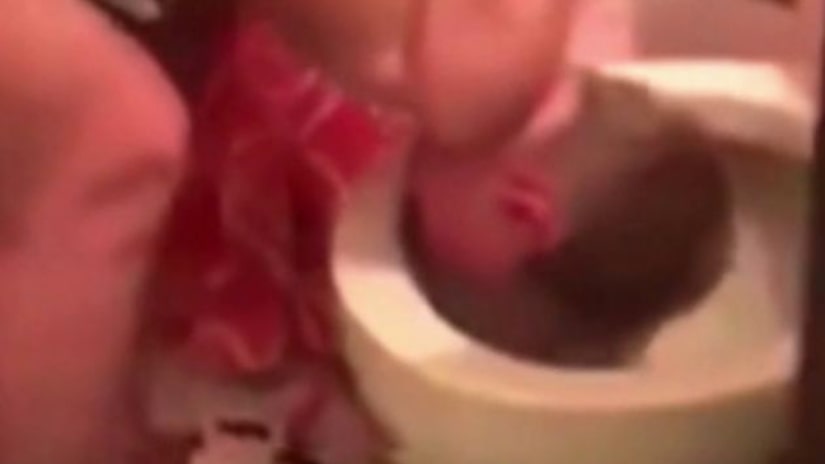 LEESBURG, Fla. -- (WKMG) -- A woman who is shown in a video holding her child's head in a swirling toilet will not be facing charges from either of two investigating agencies, according to officials from the Leesburg Police Department.

The video, that circulated on Facebook, shows Kaitlyn Wolf, of Leesburg, holding her 3-year-old child's head in a flushing toilet. Police said the video was recorded by Wolf's 10-year-old son. Wolf claims both children were having fun and neither were hurt. As the video went viral, Wolf said she received over 500 death threats.

The case was reported to police on Saturday. LPD officials said the Florida Department of Children and Families had investigated the incident on Thursday and had determined it did not constitute child abuse.

Leesburg police said they conducted an independent investigation despite DCF's findings. Investigators also said that they have been called to the home before when Wolf's boyfriend was arrested for domestic abuse.

Police said the Florida State Attorney's Office denied LPD's request for a warrant for Wolf's arrest. An LPD news release said officers initially requested a warrant on Saturday and were told to gather more information. After a DCF investigator interviewed the children Tuesday, LPD officials again requested a warrant and were denied, according to the release.

"The overall assessment documented by the Forensic Team listed positive findings of threatened harm of mental injury due to bizarre punishment," the release states. "However, it was indeterminate of physical abuse and indeterminate of neglect due to inadequate supervision."