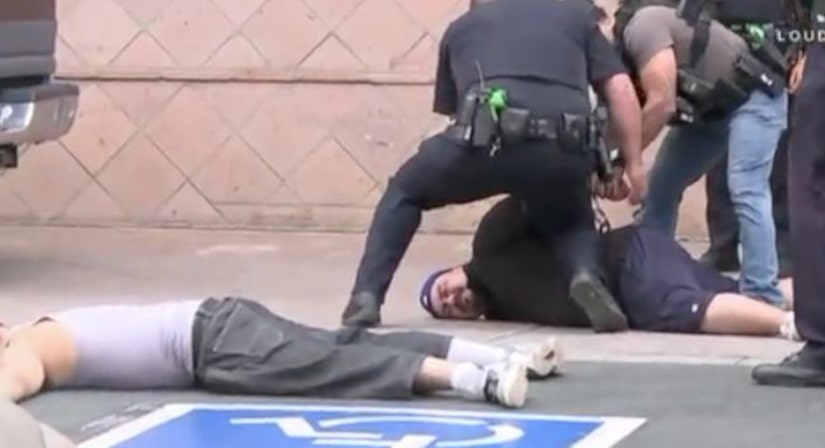 LOS ANGELES -- (KTLA) -- Los Angeles police officers detained a double homicide suspect and driver of a pursuit vehicle outside a Brentwood grocery store after chasing the truck they were in through the San Fernando Valley, Santa Monica and West Los Angeles on Wednesday, authorities said.

Sometime earlier in the day, fugitive detectives had located 39-year-old Gregorio Garcia with the intent to arrest him on a warrant related to a double homicide that occurred in February in LAPD's Rampart Division, which covers Silver Lake, Echo Park, Pico-Union and Westlake, Capt. Paul Vernon said.

Officials could not provide many further details on the murder case, but said the incident was narcotics-related.

But as the detectives were attempting to make the arrest, Garcia jumped into a truck being driven by another man, and the vehicle fled, Vernon said.

Sky5 was overhead the chase around 5:10 p.m. as the green pickup was traveling east on the 101 Freeway in the Tarzana area.

Garcia sat in the passenger seat with the alleged getaway driver behind the wheel. Various items were also seen in the truck's bed.

The truck exited the freeway at Balboa Boulevard and began heading north.

At various points on surface streets, the pickup would become stuck in traffic with LAPD cruisers close behind — though their sirens didn't appear to be engaged.