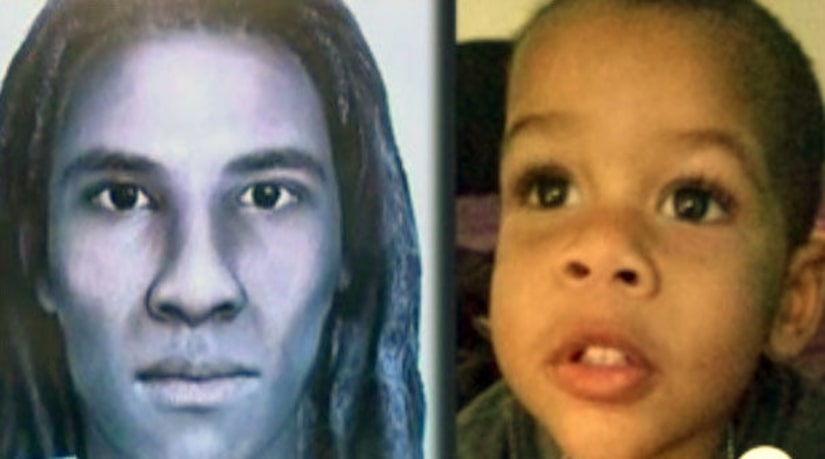 UPDATE 8:45 p.m. ET: The mother of 2-year-old Jordan Belliveau has been charged with murder in the death of her son. Charisee Stinson, has been arrested and charged with first-degree murder. No additional information was immediately released.

Largo Police said Jordan Belliveau, 2, and his mother were walking on East Bay Drive near Belcher Road around 9:30 p.m. Saturday when they were offered a ride in a white Toyota Camry by someone they did not know who told them his name was Antwan. Inside the car a short time later an altercation took place, and the mother was struck in the face multiple times and lost consciousness, police said.

Largo Police released a sketch of the man who allegedly assaulted the mother before kidnapping Jordan, described as about 25 years old, with gold teeth, dreadlocked brown hair, brown eyes, who may have been wearing a white tank-top and basketball shorts with a logo on the front. He may be driving a 2010 Toyota Camry with a white grille and dark tinted windows. Hanging from the rearview mirror are rosary beads and a Black Ice air freshener.