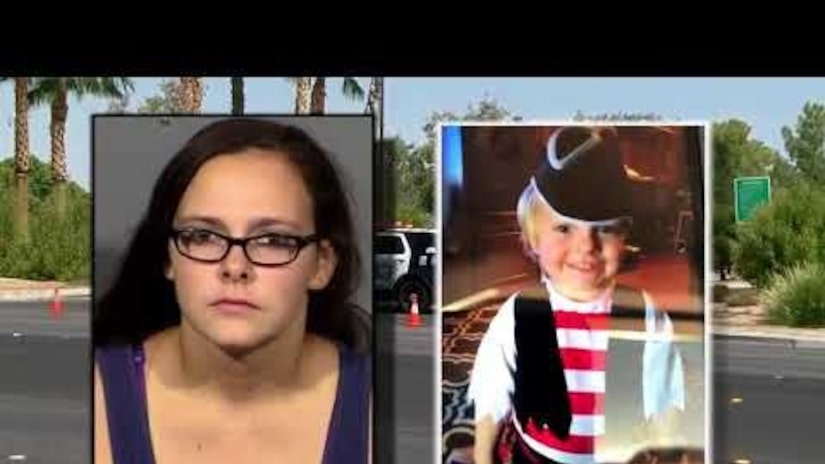 LAS VEGAS -- (KSNV) -- The body of a 3-year-old boy was found in a remote area near Lake Mead National Recreation Area on Monday, a day after his mother reported him missing from Sunset Park.

Las Vegas Metropolitan Police Lt. Ray Spencer said two people were taken into custody as suspects in the death of Daniel Theriot: Cassie Smith, the boy's 20-year-old mother; and Joshua Oxford, her 40-year-old boyfriend. Spencer said he could not disclose any details on the cause or manner of death, but called the circumstances "absolutely disturbing."

Smith and Oxford were booked Monday afternoon on suspicion of child abuse related to a 2-year-old child found at their residence. Potential murder charges could follow for the couple depending on the autopsy report, which will determine cause and manner of death, police say.