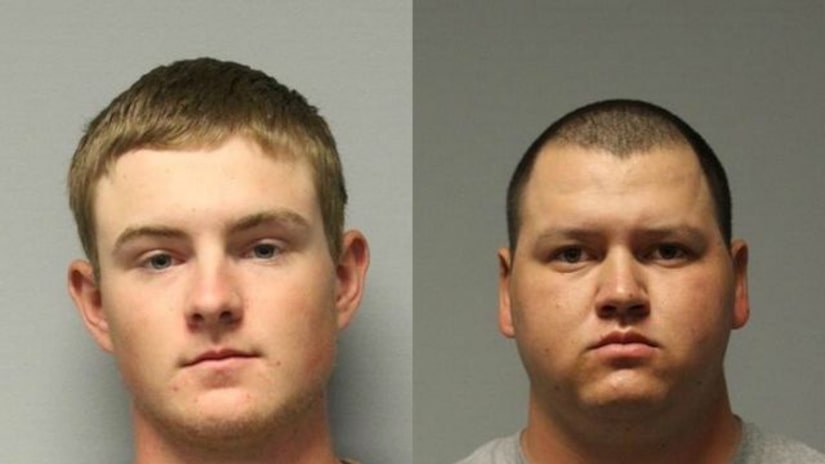 COTTONWOOD, Ariz. -- (KNXV) -- Authorities have arrested two people for abusing a calf and firing a gun near its head in the Cottonwood area.

Deputies began investigating early Tuesday morning after a video of the incident began circulating on social media, according to the Yavapai County Sheriff's Office. Video allegedly shows one of the suspects, 23-year-old Kyle Abrigo, shaking the calf and kicking it two or three times, including stomping on its head. Abrigo also pulled out a handgun, placed it next to the animal's head, and fired a round into the ground, authorities say.

The other suspect, 19-year-old Nathan Chambliss, hit the calf in the face several times and slammed it into the ground before putting it in a choke hold. Chambliss also allegedly discharged a weapon near the animal. Deputies say the pair appeared to be laughing throughout the incident.

The pair has been booked into the Camp Verde Detention Center on charges of cruelty to animals and disorderly conduct, among others.