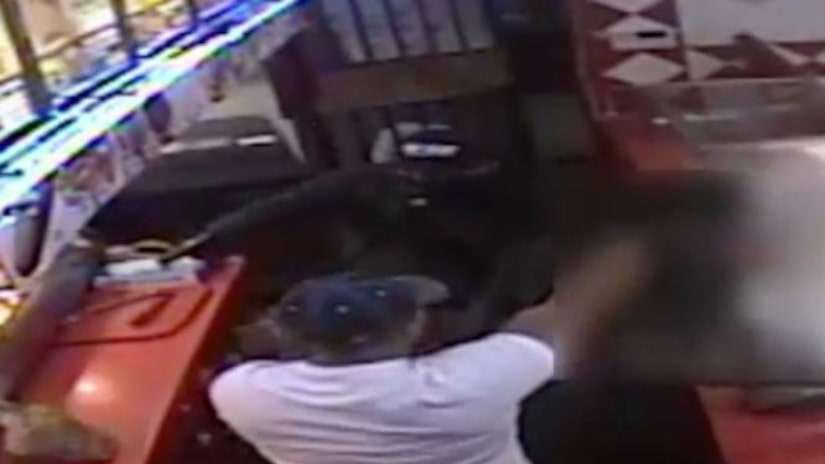 THE BRONX, N.Y. -- (WPIX) -- Police released new surveillance video of the two men sought for armed robberies in the Bronx earlier this month.

The suspected robbers struck twice on Aug. 17, less than an hour between each other.

At about 2:25 a.m., the two unidentified men entered Kennedy Fried Chicken along Crotona Avenue and East 183 Street in Belmont. One man displayed a black handgun and demanded money from the 27-year-old employee while the other man acted as a lookout, police said.

Video shows one suspect strike the employee on the head several times before removing money from the register.

They fled in an unknown direction with about $1,000, authorities said.

The employee was not seriously injured and refused medical attention.