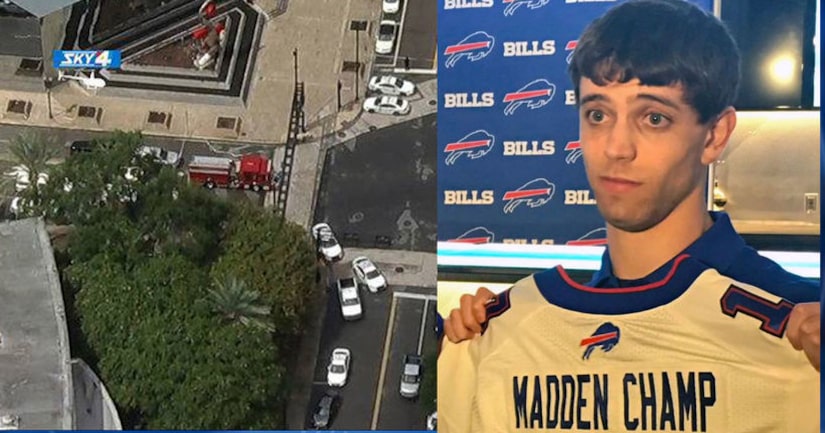 JACKSONVILLE, Fla. -- (WJXT) -- A gunman from Baltimore opened fire during a video game tournament Sunday afternoon inside Chicago Pizza at the Jacksonville Landing, killing two and injuring a nearly a dozen others before taking his own life, Sheriff Mike Williams announced.

Williams tentatively identified the shooter as 24-year-old David Katz. His body was among three bodies police found when they responded to reports of gunfire at the Landing at 1:34 p.m. Nine victims were transported to area hospitals, seven with gunshot wounds. Two additional victims showed up at hospitals with gunshot wounds.

It was earlier reported that there were four deaths, but Sheriff Williams provided the official account of casualties at a 7:30 p.m. Eastern Time briefing.

News4Jax sources said Katz, a gamer from the Baltimore area armed with a semiautomatic handgun, killed himself. Federal and local authorities in Baltimore were searching Katz's Baltimore home Sunday evening.

The wounded victims were taken to Memorial Hospital, where three victims were in stable condition, and UF Health Medical Center, where one person with serious injuries and five more in good condition.

The shooting took place during a Madden NFL 19 tournament at the Good Luck Have Fun video game room inside Chicago Pizza. About a dozen gunshots can be heard on the audio of a livestream of the tournament. A red dot that appears to be a laser pointer is visible on the chest of a player seconds before the first gunshots rang out.

**IMPORTANT** If you are hiding in The Landing. Call 911 so we can get to you. #TheLandingMassShooting https://t.co/qBJvkaO7xT

It was earlier reported four people were dead. That information has been updated.