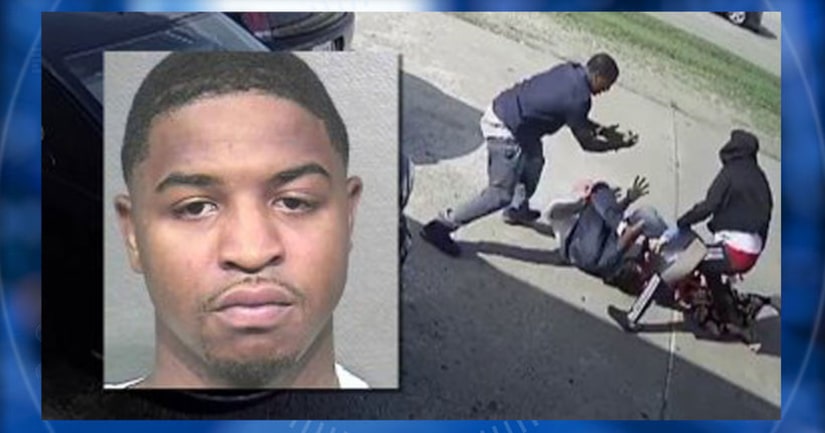 HOUSTON -- (KIAH) -- Harris County investigators have released the identity of the second suspect involved in a vicious robbery. According to authorities, the second suspect in the video has been identified as Travonn Johnson. He is the suspect that drove up in a black Chrysler.

The other suspect is Davis Dowell Mitchell, 31, who was quickly arrested after the robbery by the deputy who also recovered the stolen cash.

Investigators say a husband and wife had withdrawn $75,000 from their bank off FM1960 and was about to go back to the family's check-cashing business when the wife was ambushed. The husband was close behind his wife and tried to fight off the attackers, but they were beaten up and run over in the process. The couple is still in the hospital recovering from their injuries.

The first suspect, Davis Mitchell, has been charged with felony aggravated robbery with a deadly weapon. Authorities say once caught, Travonn Johnson will face the same charges.

The criminal act of following a person from a bank or ATM and then robbing them is commonly referred to as "jugging."