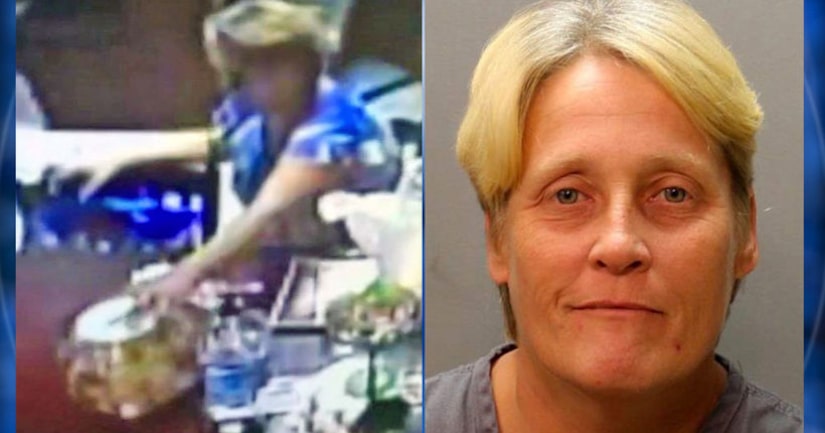 JACKSONVILLE, Fla. -- (WJXT) -- A woman caught on a Jacksonville restaurant's surveillance video taking a donation jar intended for the family of a slain 7-year-old girl told police she did so to support her drug habit, authorities said Saturday.

Tammy Wynnell Crews, 46, was booked Saturday into the Duval County jail, where she remains in custody on charges of felony grand theft and misdemeanor possession of drug paraphernalia.

Jacksonville Sheriff's Office posted surveillance video showing a woman swipe a donation jar containing $600 from the counter of Tapatio Restaurant on 103rd Street. The donations were intended for the family of Heydi Rivas Villanueva, who was shot and killed Aug. 11 in the parking lot of the strip mall where the restaurant is located.

Once the video made its rounds on social media Saturday, police got a tip that Crews was the woman seen in the clip. She was spotted and detained along 103rd Street shortly after 3 p.m. Police said Crews was arrested after acknowledging taking the donations and using the money to "support her crack cocaine addiction." A crack pipe was recovered during the arrest.