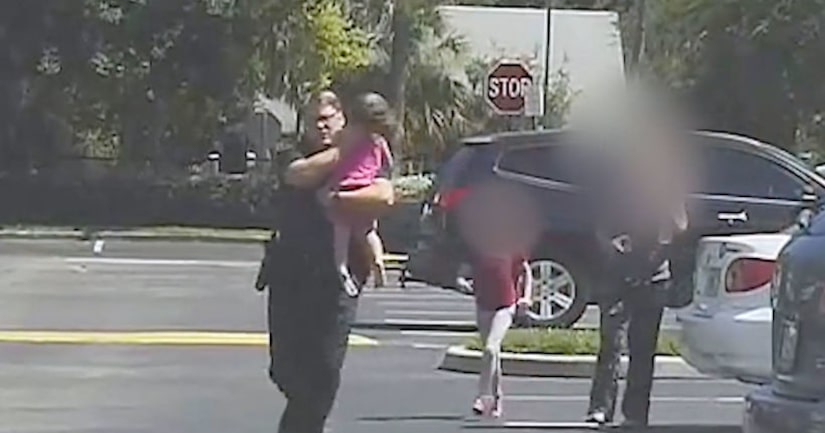 SEMINOLE COUNTY, Fla. -- (WPVT) -- A Florida deputy is being recognized after he rescued a young girl from a hot car on Father's Day. The Seminole County Sheriff's Office released video of the incident Thursday.

Seminole County Deputy Bill Dunn, a father himself, discovered a 3-year-old girl left inside an extremely hot car. He rushed the girl to his cruiser and turned on the air-conditioning and rushed her to the hospital.

Deputy Dunn says he didn't even know if the girl was alive. "It was probably 80 degrees outside to where you have 109/110 degree steam just rushing out at you. ... Sadly, I didn't think she was alive when I got to her. I felt for a pulse, I didn't feel a pulse."

The Miami Herald reports the child was in the car for roughly 12 hours. Her mother, Casey Dyan Keller, 33, was arrested on charges of child neglect with great bodily harm. Authorities said Keller took her three children to a liquor store the night before. Upon returning home, she accidentally left one child in her vehicle. When the mother saw the child wasn't at home the next morning, she called 911 reporting her car stolen. Police said Keller made up the story about the car being stolen.