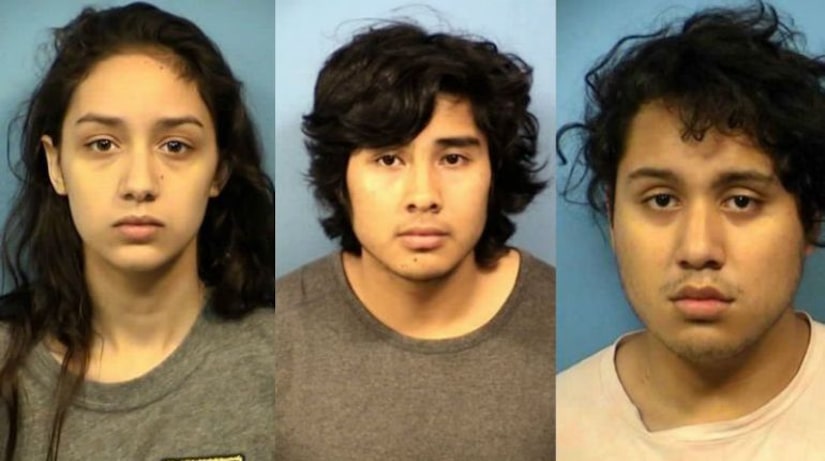 WEST CHICAGO, Ill. -- (WGN) -- A 16-year-old and two 18-year-olds have been charged in connection to the murder of a man whose body was found burning in West Chicago on Tuesday.

Authorities said Tia Brewer, 16, and Francisco Alvarado, 18, stabbed Luis Guerrero, 18, set him on fire and ran over him with a car. Brewer and Alvarado were charged with first-degree murder. Brewer has been charged as an adult. A third man, Jesus Correa, 18, was charged with concealment of a homicide in connection with Guerrero's death.

Police said Guerrero's body was found in a field in the 1300 block of Joliet Street around noon Tuesday.

While he was on fire, officials said Guerrero got up and started to run away, that's when Alvarado and Brewer ran him over with their car. Officials said the two then dragged Guerrero back to the fire pit, relit him on fire and placed a picnic table over him.