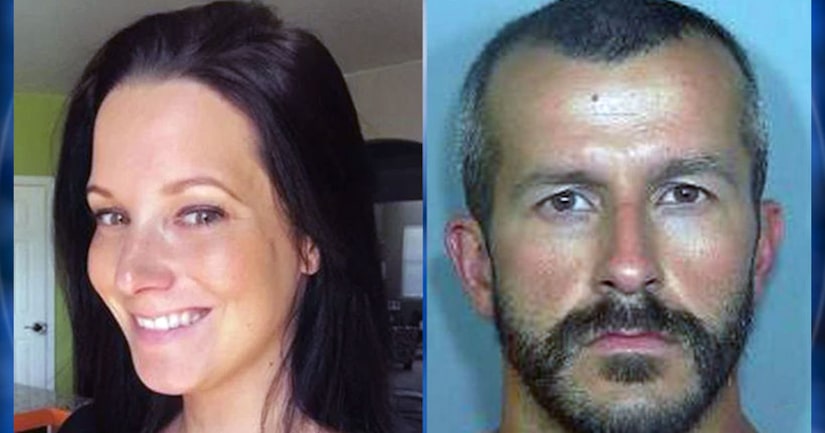 “While we will not disclose the location as to where these bodies were located, police can say that they were found in close proximity to the other body whom officers strongly believe is Shanann's,” a statement from Frederick Police said Thursday night.

Prosecutors say that the homicides of Shannan Watts, who was 15 weeks pregnant, and her two daughters occurred in the family home, KDVR reports.

The Colorado Bureau of Investigation said a body believed to be Shanann Watts, 34, was found on a property owned by Anadarko Petroleum, where her husband, Christopher Watts, worked, KDVR reports.

The bodies of their daughters, 4-year-old Bella and 3-year-old Celeste "Cece," have not been recovered but officials believe they know where they are.

FREDERICK, Colo. -- (KDVR) -- The husband of a missing pregnant woman from Frederick has been arrested in the disappearance of his wife and the couple's two daughters.

Christopher Watts is being held in the Weld County Jail on three charges of first-degree murder and three charges of tampering with physical evidence in the deaths of his 34-year-old wife Shanann Watts and his daughters, 4-year-old Bella and 3-year-old Celeste "Cece."

Police executed a search warrant at the house where the family lives. Investigators were seen taking bags of evidence out of the house and towed Chris Watts' work truck that was parked down the road.

Shanann Watts and her daughters had been missing since Monday. The FBI and the Colorado Bureau of Investigation were brought in Wednesday to help in the investigation.

Shanann Watts' brother posted on social media that Christopher Watts confessed to the killings to investigators and added his sister was 15 weeks pregnant with a boy.

Law enforcement has not confirmed the confession.