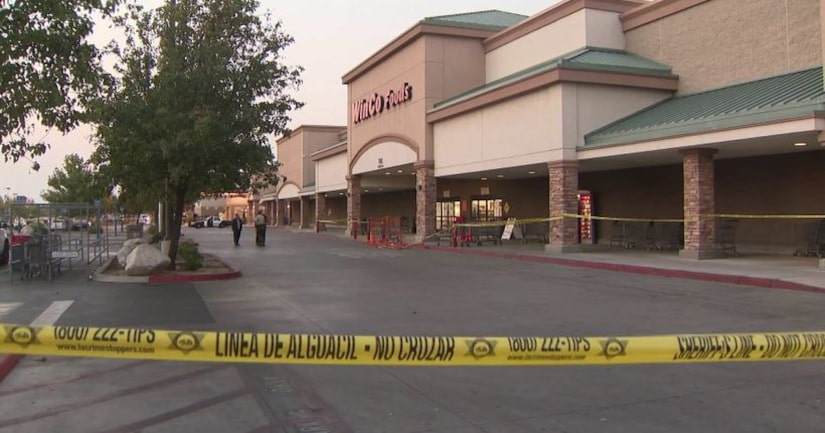 LANCASTER, Calif. -- (KTLA) -- A dead body found inside a stone pillar outside a Lancaster grocery store on Saturday afternoon could be the remains of a man who was fleeing from authorities earlier in the week, a Los Angeles County Sheriff's Department lieutenant told KTLA.

The body was found inside a stone pillar in front of the grocery store. Deputies were called to the scene at 2:40 p.m. In the morning, a manager smelled a strong odor coming from the pillar and called a plumber. When the plumber arrived and started to knock away the pillar's stone, a leg and tennis shoes were visible, he said.

Upon investigating the finding, authorities linked it to an incident earlier in the week. On Monday, a man was pulled over by deputies after he was suspected of driving a stolen vehicle. He ran into the grocery store and went onto the rooftop as he fled from deputies. They never got ahold of him. The rooftop has access to the inside of the stone pillars where the body was found. It's possible the man fell or climbed into the pillar to hide from law enforcement, according to the sheriff's department.

But with the recent heat wave and the density of the stone pillar, the man may have then gotten trapped and unable to breathe, a sheriff's spokesman said, describing it as a "horrible way to die."