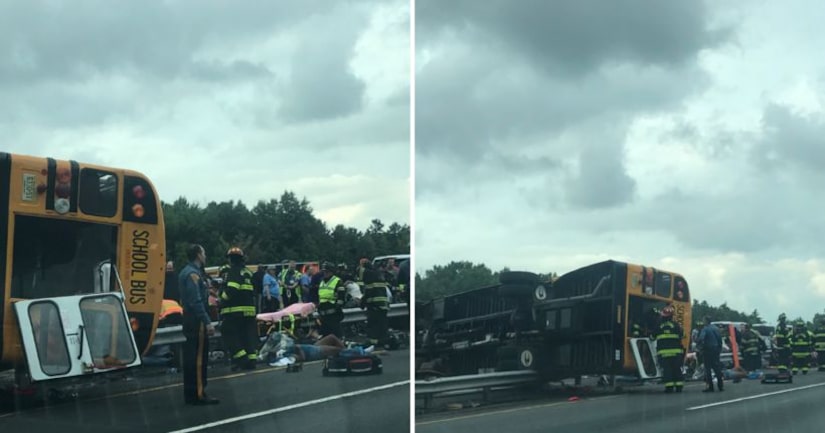 NEW JERSEY -- (WPIX) -- A school bus overturned on the New Jersey Turnpike while carrying dozens of children and adults, and a vehicle that struck the bus sped off, police said Saturday.

According to police, the accident happened around 5:25 p.m. in the Northbound lanes near milepost 79.9 of the New Jersey Turnpike in East Brunswick. The school bus was returning to Newark from the 4th Annual Mayor's Family Reunion Picnic at the Black Bear Lake Country Club in Millstone, N.J., and was involved in a hit and run, according to Newark city officials.

A vehicle struck the bus causing the bus to overturn. The vehicle sped off, officials said in a Facebook post. City officials updated the number of people injured to 36, both children and adults, all transported to the hospital with non-life-threatening injuries. At this time, there are no serious injuries or fatalities, police said.