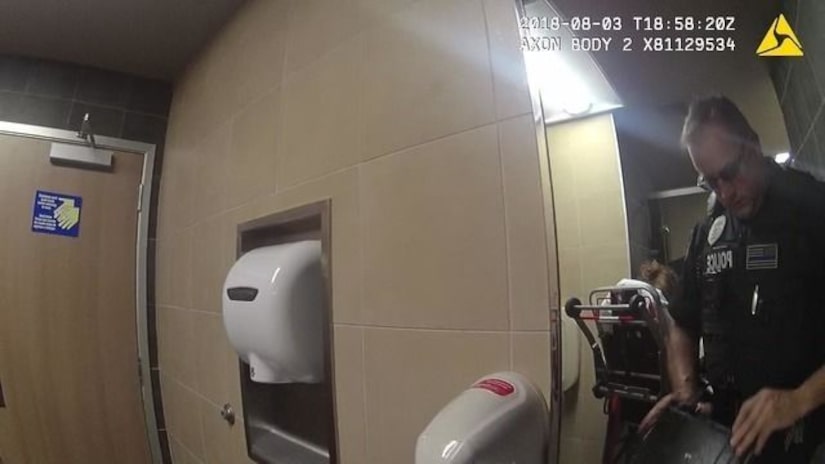 CHILLICOTHE, Ohio -- (WJW) -- Authorities say a baby has survived after being born in a Burger King bathroom during the mother's suspected heroin overdose on Friday afternoon in southern Ohio.

Chillicothe police said they responded to a report of a man who had passed out in a vehicle and that a woman who was with him had overdosed. Officers reportedly found 26-year-old Zachary Frey passed out behind the wheel of a running vehicle and Elizabeth D. Sanders, also 26, sitting on a toilet in the women's restroom with a suspected ball of heroin on the floor beside her.

Sanders told officers she thought she had suffered a miscarriage, police said. When the officer looked in the toilet, there was an infant lying face up, according to the Chillicothe Gazette.

The baby was hospitalized and is expected to be OK. Police say Frey was taken to Ross County Jail and charged with operating a vehicle impaired and possession of drug paraphernalia. Sanders pleaded guilty on Monday after being charged over an unrelated warrant for theft.