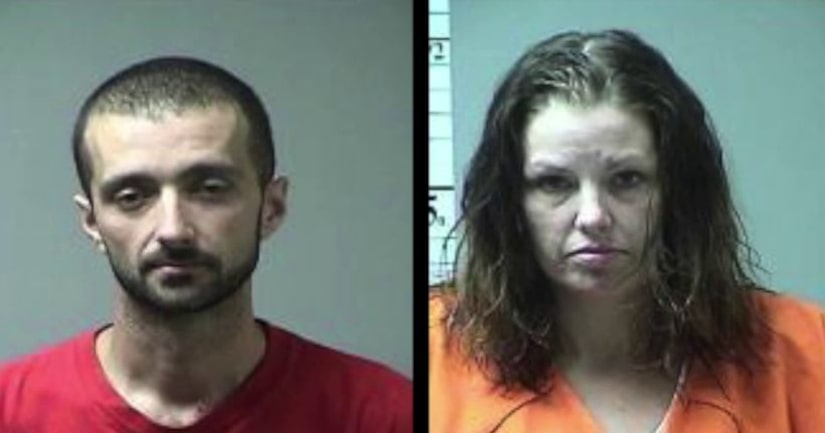 His parents, Joseph and Johanna Caravelli are being charged with child endangerment. According to the county prosecutor's office, on Saturday the couple along with the 13-month-old boy drove a friend to St. Louis who wanted to buy fentanyl for another friend. In exchange, the couple was promised six capsules of fentanyl and $5 for fuel.

Authorities said when the couple returned to their home on Mulberry Lane, each of them used three fentanyl capsules. They said Joseph told them that Johanna was injecting in the master bedroom while he was doing the same in the kitchen with the young boy playing nearby. He told authorities that he put the syringe away, cleaned off the spoon and threw away the used capsules before playfully wrestling with his son. Joseph went on to tell authorities that moments later he noticed his son was “not doing well.” He then noticed a half of a capsule and realized that the toddler had ingested the other half with residue.

The couple did not call 911 and rushed the child to the hospital in their own car.

Both husband and wife are each being held on $30,000 cash only bond.