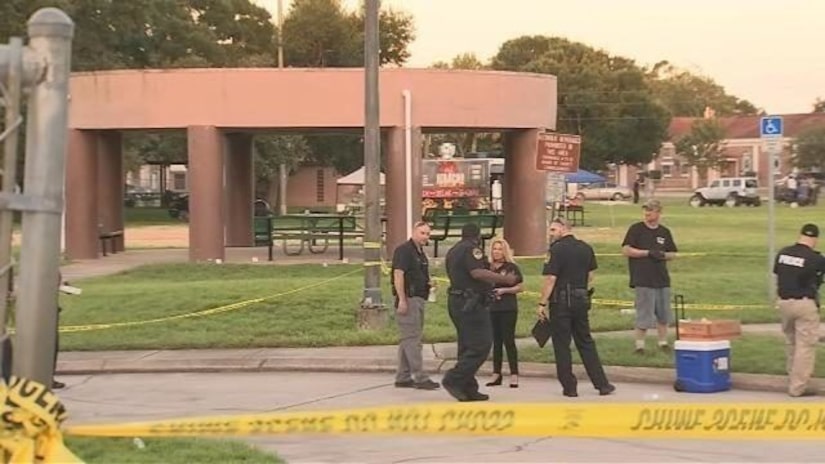 By Chip Skambis via WSOC

TITUSVILLE, Fla. -- (WSOC) -- An armed bystander shot a man who opened fired on a back-to-school event at a Titusville park following a fistfight, police said.

The shooting occurred at Isaac Campbell Park after 5:20 p.m. when the shooter, whom police have not identified, returned to the park after a fistfight and began firing. A bystander licensed to a carry a firearm then shot the shooter, who was flown to a nearby hospital with life-threatening injuries, police said. The bystander who shot the suspect waited for officers and has been fully cooperative with the investigation, police said.

“We are extremely grateful that nobody else was injured in this incident,” said Deputy Chief Todd Hutchinson. “This suspect opened fire at a crowded public park. This could have been so much worse."

A flyer posted on Facebook and Instagram said a back-to-school event called "Peace in the City" was going on at the park when the shooting happened.

After consulting with the State Attorney's office, detectives do not expect to file charges against the bystander since his actions were within the law according to the preliminary investigation, police said.