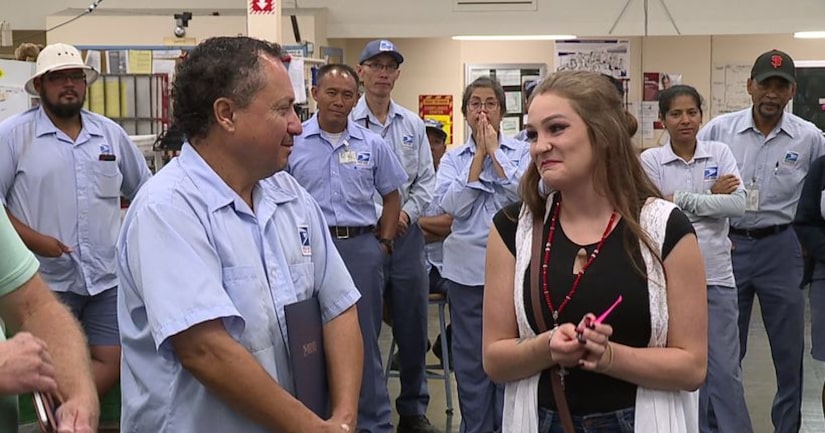 SACRAMENTO -- (KTXL) -- Postal carrier Ivan Crisostomo, a father of four, said his instincts kicked in on his normal route on June 8 when he saw 16-year-old Crystal Allen sobbing in someone's front yard. He quickly realized that the girl had just escaped from being held captive by sex-traffickers.

The girl says she was able to grab her captor's cellphone when she jumped out of the car. The first thing she did was call her mother.

"Until she handed the phone to Ivan and we spoke with him, we had no idea what was going on," the girl's mother, Stacy Ohman, said. "We had no idea where she was or anything."

Crisostomo stayed with the girl until police arrived and took her to the hospital.

Allen says she was drugged, tortured and abused for three months. Until Crisostomo found her, her family didn't think they would ever see her again. Thursday, Allen reunited with Crisostomo and thanked him for stepping in and getting her to safety.

"Ivan himself is a hero for saving me," she said. "Even though he doesn't think it."