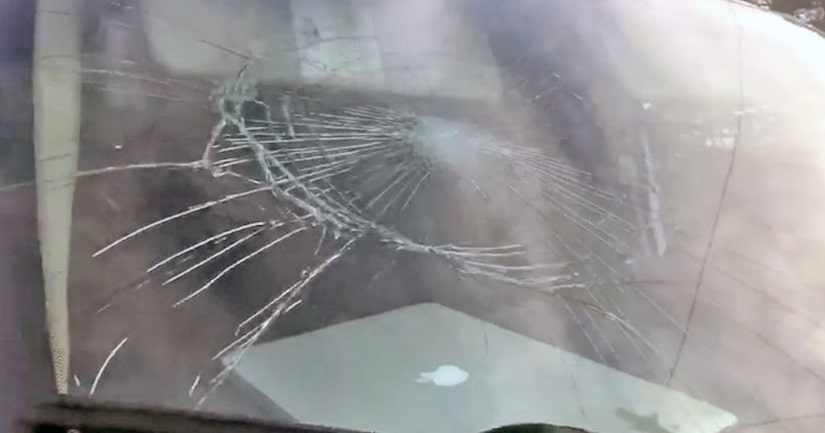 DETROIT -- (WXYZ/WXMI) -- While covering a story about a hit-and-run on Detroit's west side, news crews found themselves in a dangerous situation.

WWJ-AM reporter Mike Campbell was live on the air early Thursday when the man approached the vehicle, which is marked with the station's logo, and struck the windshield and driver's side window with what appeared to be a metal pipe. Campbell wasn't injured.

The man approached then WXYZ-TV reporter Nia Harden and photojournalist Mike Krotche carrying something that looked like a baton. Campbell says the man was yelling obscenities. The man walked to the WXYZ live truck and smashed the windshield and damaged the side mirror.

He is now in police custody. No one was injured.