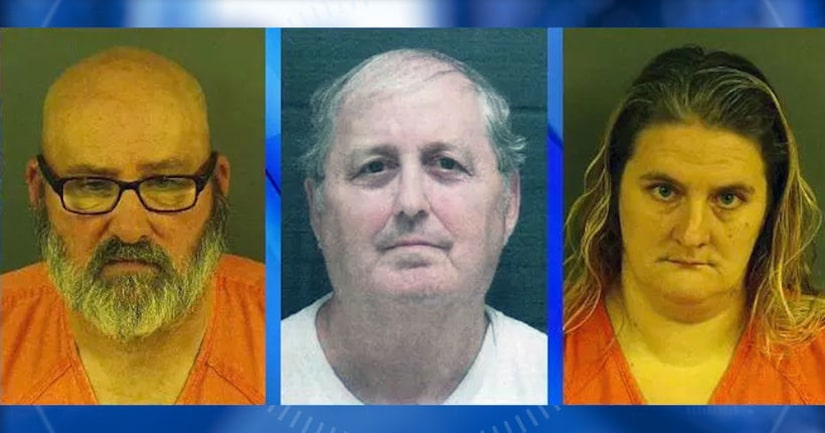 PUTNAM COUNTY, Ind. -- (WXIN) -- A Putnam County couple and a Fountain County man are being charged with human and sexual trafficking, and conspiracy to commit child molestation. The charges are a result of an investigation into multiple incidents in 2016, according to a probable cause affidavit filed Monday.

In the affidavit, investigators claim 70-year-old Paul Crowder paid 57-year-old Robert Glaze and 37-year-old April Glaze hundreds, if not thousands of dollars to have sex with two girls under the age of 16.

April said Crowder gave Robert $700 each time he took the girls to get “laid,” the affidavit says. Later in the interview, April said the amount was $750 each time. She also said Crowder had given Robert money five or six times. Officers say April admitted she and Robert needed money, so they sold the girls for sex.

During an interview, Crowder allegedly admitted to giving the Glazes money on several occasions, including the night he picked the girls up. He also admitted to performing sexual acts on the girls. But he claimed he didn't know the money he gave to the Glazes was in exchange for using the girls for sexual purposes.