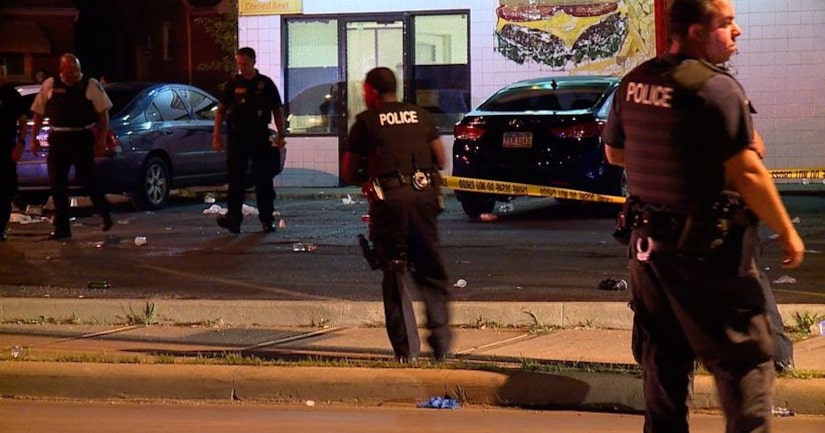 CLEVELAND -- (WJW) -- Cleveland police now say seven people were hit by gunfire in a shooting outside an east side bar early Thursday morning.

It happened around 1:30 a.m. Thursday in the parking lot of the DPG Dogpound Lounge on St. Clair Ave. near E. 186th St., police said.

A witness said that several women got into a fight in the parking lot outside the DPG Lounge when a man was hit with something. That's when several people pulled out guns and began shooting, the witness said.

Cleveland police said seven people were hit by gunfire. Three of them were in critical condition.

A large presence of officers and detectives remained at the scene several hours after the shooting. The scene was cleared by 6 a.m.

Police told FOX 8 that hundreds of people had gathered for an after-party following a music video shoot earlier in the evening at a nearby park and the bar parking lot. Police said nearly a thousand people were at the music video shoot in the park.