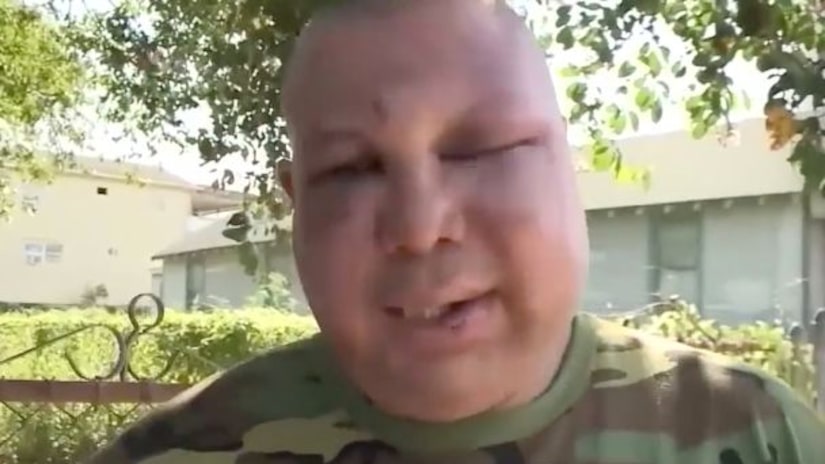 The two officers involved in the incident, John Galman and Spencer Sutton, were both arrested and charged with simple battery, and termination proceedings have begun for both, police said in a statement.

The victim, Jorge Gomez, told CNN affiliate WDSU that he had been at a bar in his New Orleans neighborhood when two men began to question him over his nationality and military service.

“He told me I was a fake American,” Gomez said, appearing visibly swollen with stitches on his forehead. “And that I wasn't in the National Guard either. I told him I served a tour of duty in Iraq.”

It was not immediately clear which man Gomez was referring to.