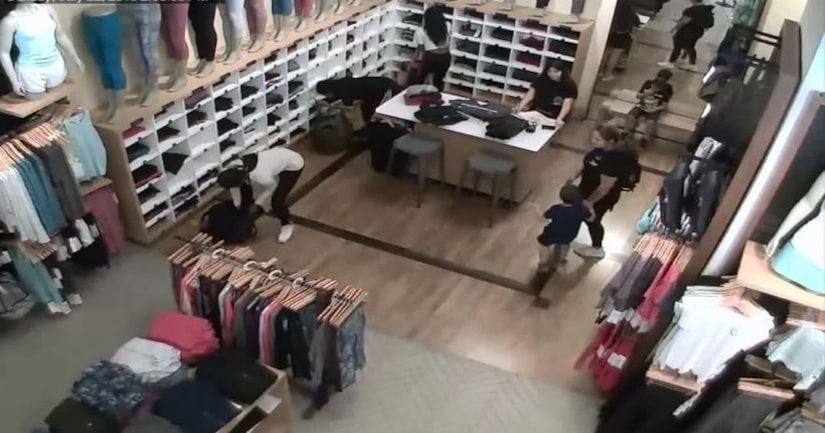 SAN FRANCISCO -- (KSWB) -- Several Lululemon stores in the San Francisco Bay Area have been robbed in the last two weeks, and police suspect a gang of female thieves has stolen yoga pants worth tens of thousands of dollars.

“They walk into the store, a group of two or three come in with bags and they start filling those bags with items,” said Berkeley Police Officer Byron White.

Thieves at a Berkeley Lululemon store cleared shelves of merchandise in a matter of seconds on July 18. Surveillance video from that day showed three suspects entering the store, walking directly to the clothes and swiftly filling their bags with the high-end athletic wear.

Police say the women took 148 pairs of pants worth at least $10,000 and walked away, CNN affiliate KSFN reported.