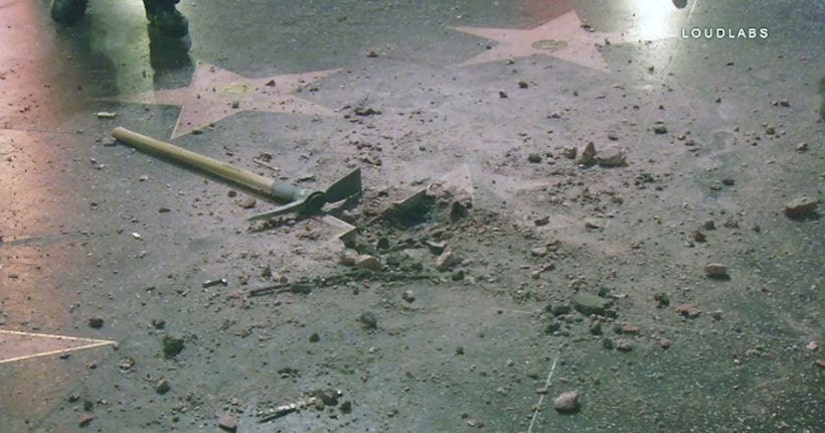 HOLLYWOOD, LOS ANGELES -- (KTLA) -- A 24-year-old man is in custody Wednesday after Donald Trump's star on the Hollywood Walk of Fame was once again vandalized.

The president's star was reduced to rubble after someone apparently used a pickax to destroy it in the early morning hours.

Video showed the pickax was left on the ground beside a hole where the star used to be.

Authorities believe the incident on Hollywood Boulevard near the Dolby Theatre occurred about 3:30 a.m.

Clay was booked on suspicion of felony vandalism, police said.

The Hollywood Chamber of Commerce issued a statement regarding the vandalism of stars on the Walk of Fame.

“When people are unhappy with one of our honorees, we would hope that they would project their anger in more positive ways than to vandalize a California State landmark ... People can make a difference by voting and not destroying public property,” the statement read.

The Hollywood Historic Trust will immediately begin work on repairing the star, the Chamber of Commerce stated.

The incident marks the second time Trump's star has been vandalized in the past two years.