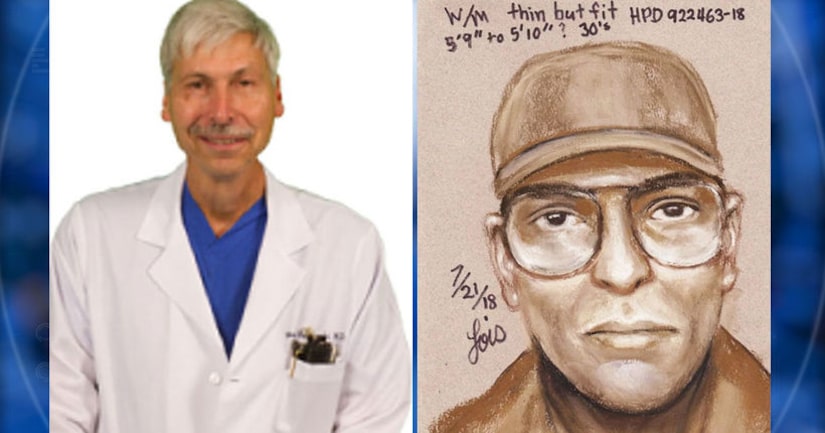 HOUSTON -- (KIAH) -- Houston Police released a composite sketch Monday of the suspect accused of fatally shooting a prominent cardiologist with Houston Methodist Hospital in the Texas Medical Center over the weekend.

Dr. Mark Hausknecht, 65, was reportedly riding his bicycle to work about 8:45 a.m. Friday in the 6600 block of Main Street near Holcomb Boulevard when another cyclist pulled alongside him and fired at the doctor at least twice.

The armed cyclist then sped off, heading west onto Southgate Boulevard and into a residential area. Meanwhile, the victim was taken to Ben Taub General Hospital with two gunshot wounds to the torso. Hausknecht passed away soon after.

Police said the suspect is a man in his 30s, about 5 feet 10 inches tall, and has a slender build. He was wearing a gray warmup jacket with khaki shorts, a tan baseball cap and glasses at the time. He's also clean shaven. The suspect was riding a light-colored mountain bike, police said.

Anyone with information should call Crime Stoppers of Houston at (713) 222-TIPS or the Houston Police Department Homicide Division directly at (713) 308-3600. 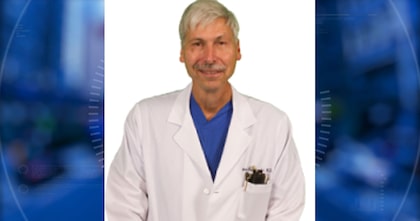