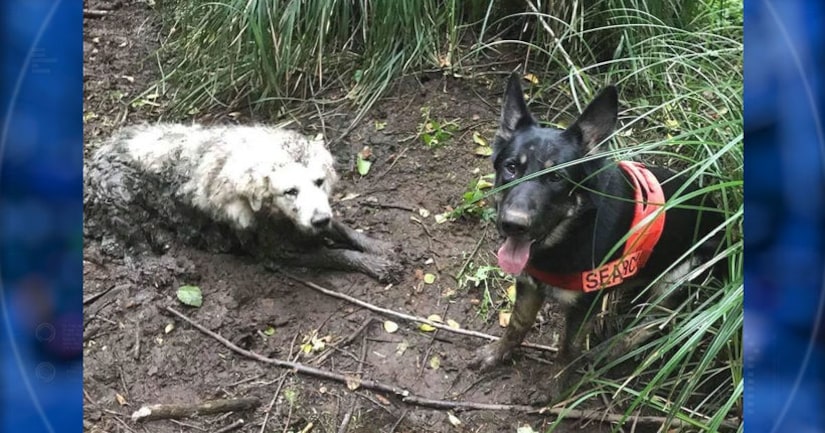 MCCLEARY, Wash. -- (KCPQ) -- It was a happy homecoming for a dog named “Puppy” who was stuck in the mud for over 40 hours. It was all thanks to "Tino," the rescue dog who found Puppy trapped in the muck near McCleary.

Puppy went missing on Thursday afternoon while out with his owner, Karen James, on a trail ride.

Tino was off to the rescue at 4:30 a.m. Saturday. He located Puppy less than a mile from his home trapped in a dense, mud-filled gully. Rescuers had to use ropes to pull Puppy out safely.

“He could not have gotten out of the mud. We would not have seen him because he was far enough off the trail. And you know there's miles and miles, acres and acres of wilderness out there to search. We just never would have found him," said Karen James.

This was Tino's first rescue mission.